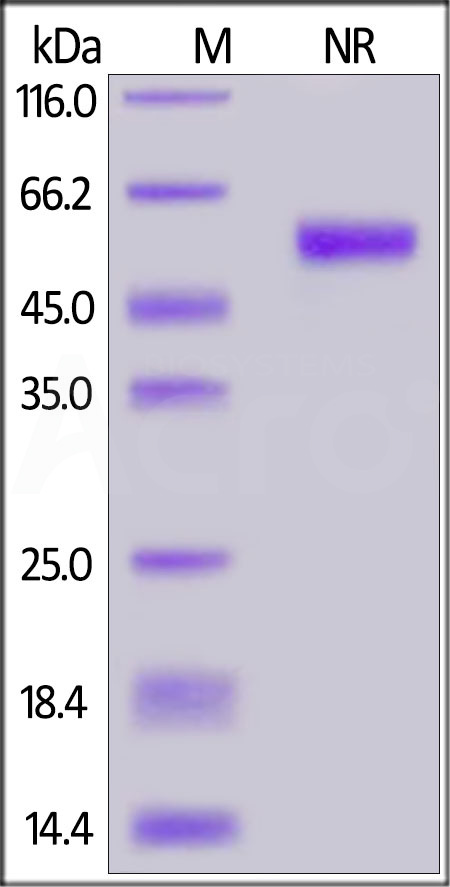 Human BAFF, His,Flag Tag, active trimer on SDS-PAGE under non-reducing (NR) condition. The gel was stained overnight with Coomassie Blue. The purity of the protein is greater than 95%.

The purity of Human BAFF, His,Flag Tag, active trimer (Cat. No. BAF-H52D4) is more than 90% and the molecular weight of this protein is around 50-65 kDa verified by SEC-MALS. 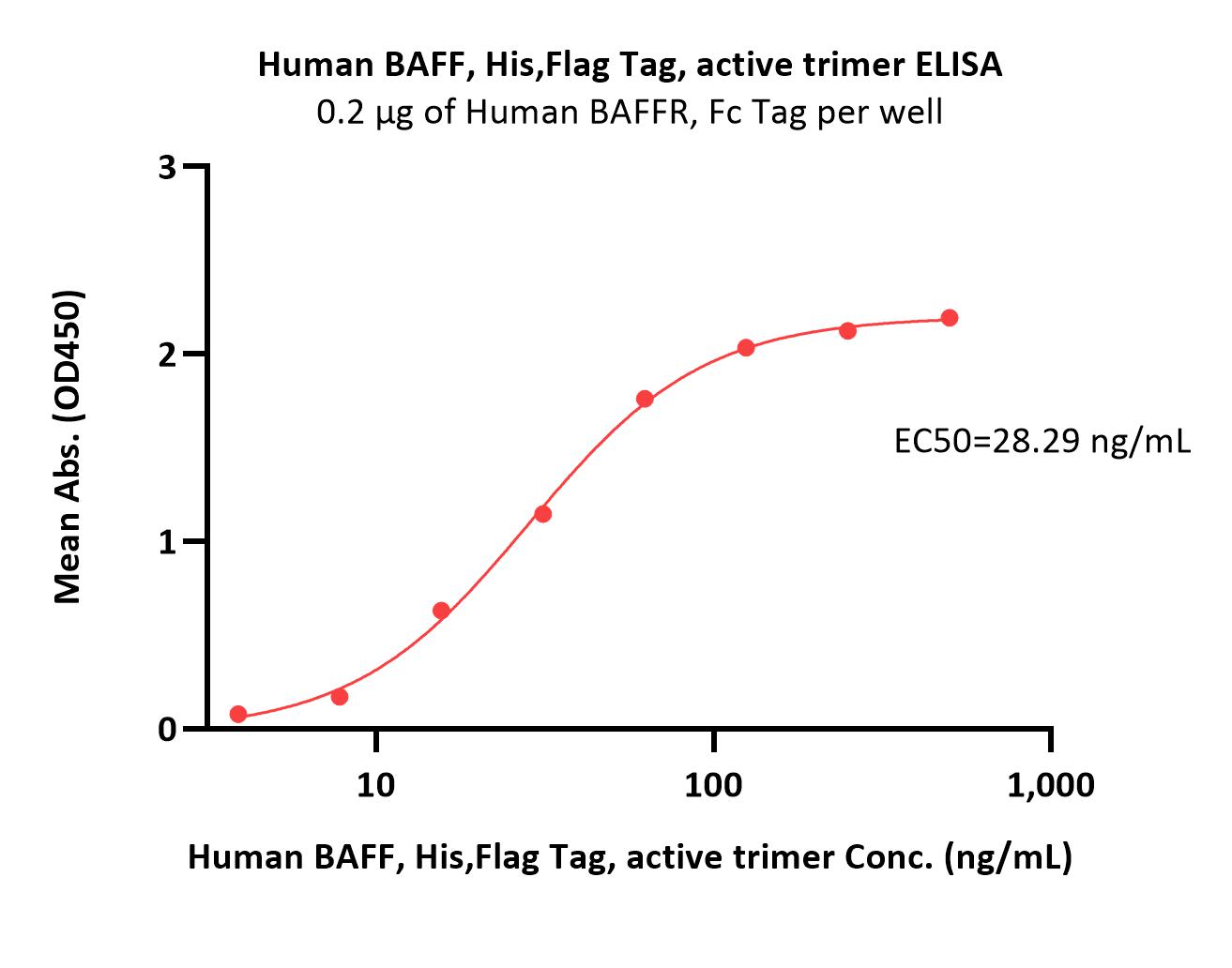 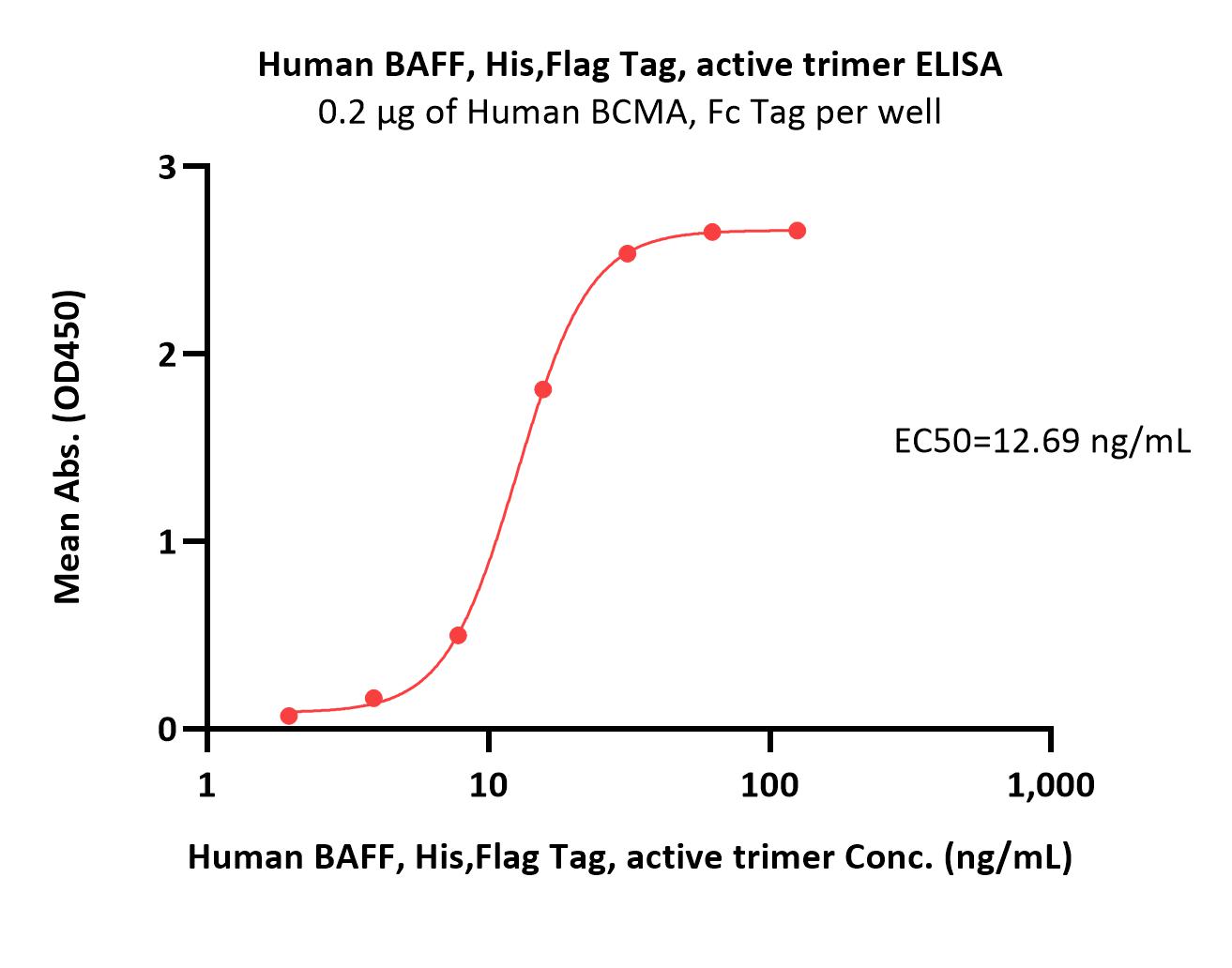 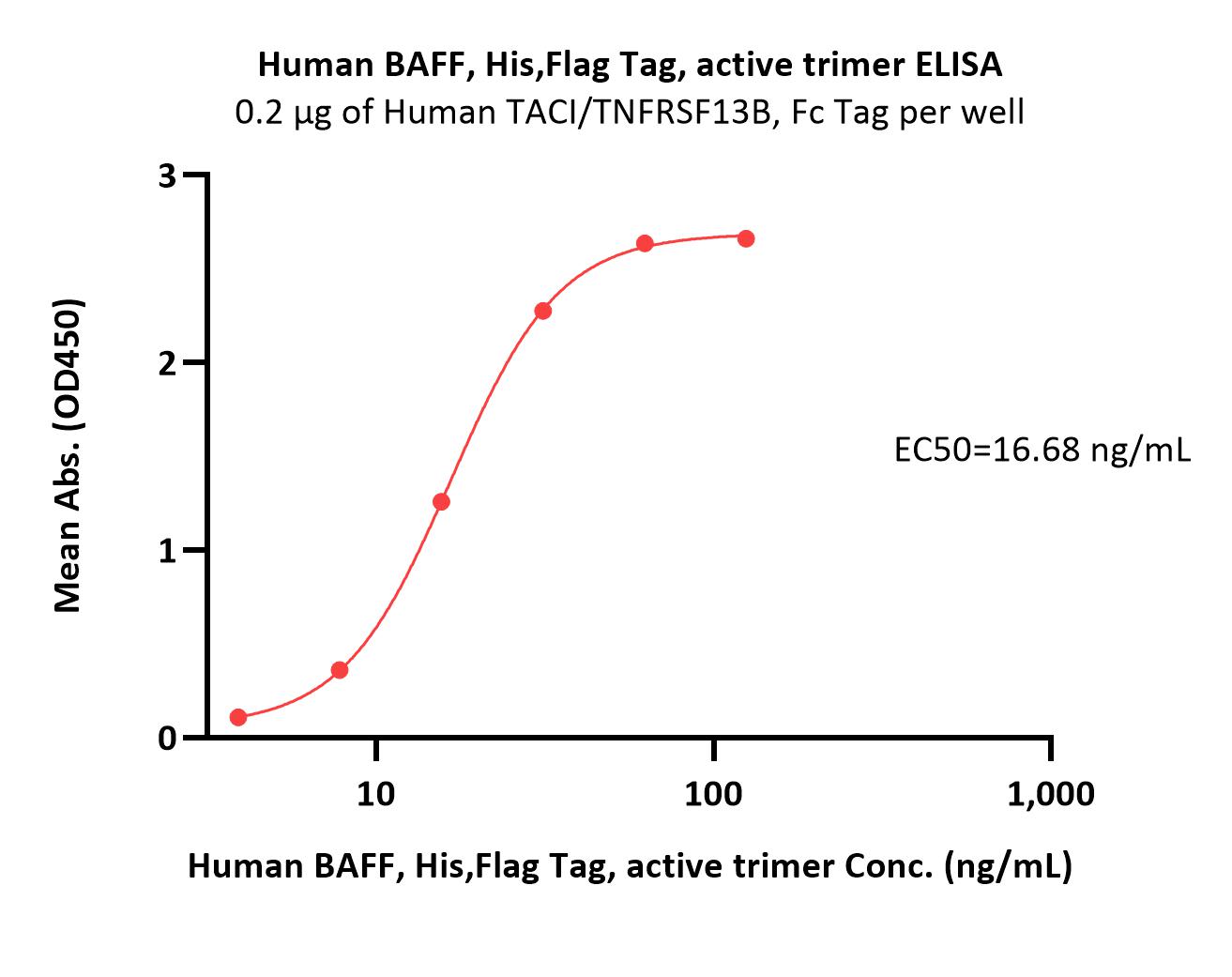 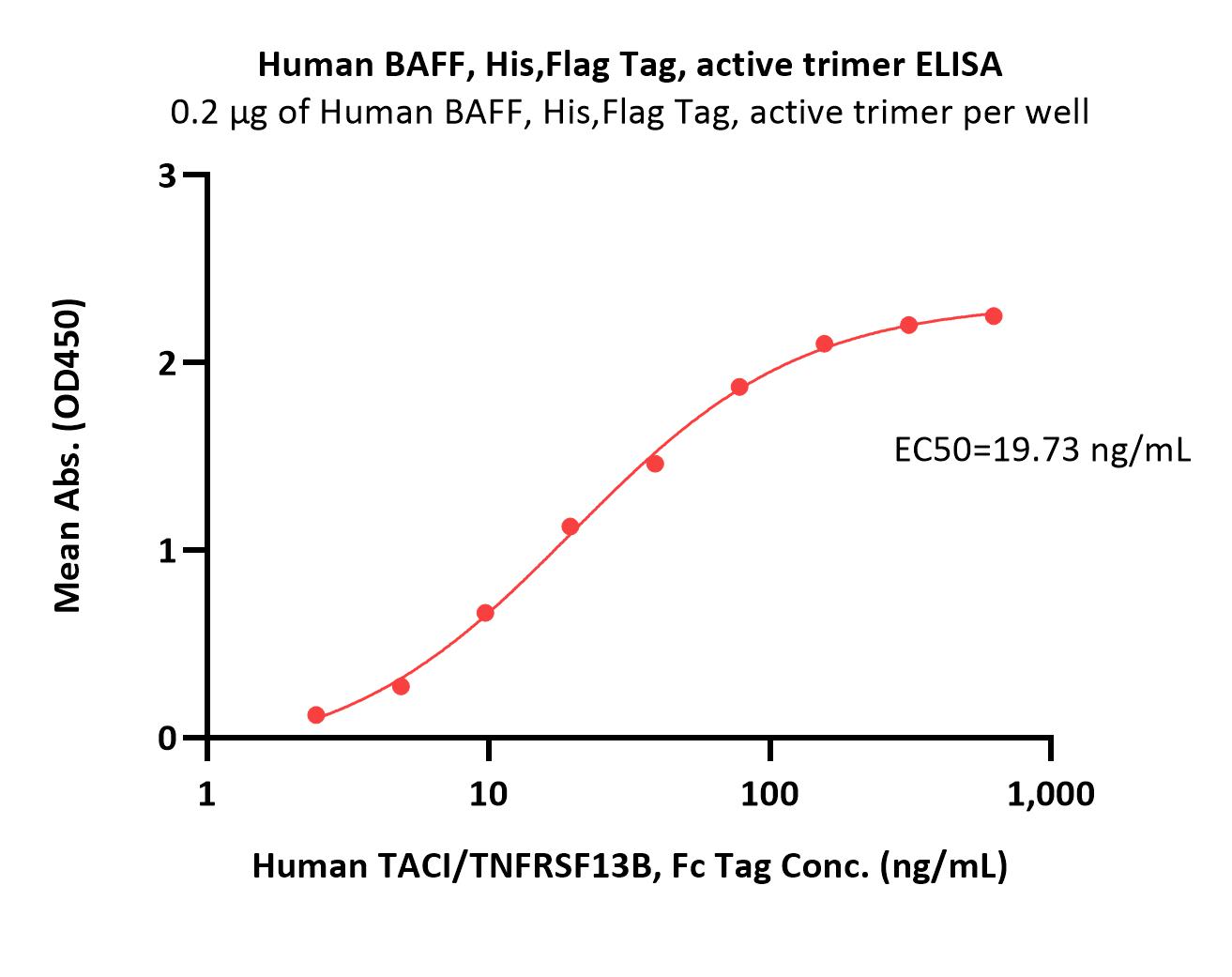 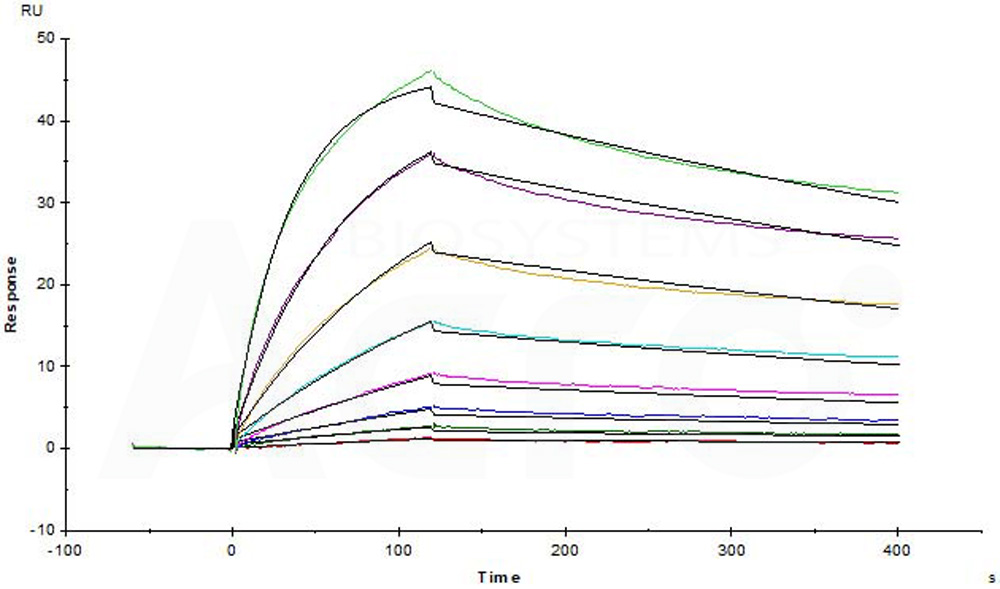 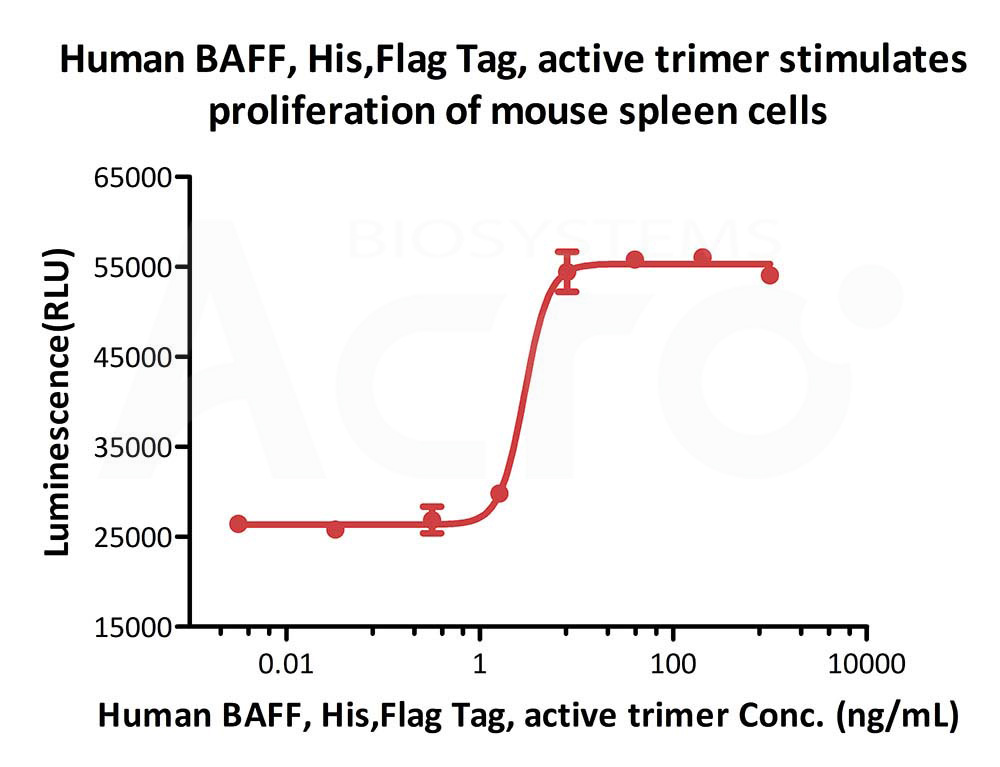